For more than 50 years I have relied only on prayer in Christian Science for healing and treatment of illness. I have been healed quickly, sometimes instantaneously, of cold and flu symptoms, severe back pain, sight and hearing problems, sprains and possible broken bones. Several years ago I was permanently freed from recurring migraine headaches.

I’d like to share one healing that has meant a lot to me. Over the course of several months I noticed increasing pain in my joints, and especially my hands and wrists. I love to cook, and my favorite pan is a cast iron frying pan I’ve had for 30 years. But I became unable to lift the pan without using both hands, and even that was painful. One day I realized that I didn’t have to just suffer with this pain, but that I could pray for God’s help. I quit thinking about buying a lighter frying pan, and every time I felt pain in my joints I prayed. It seemed to me that I was dealing with a problem that was related to age, so I prayed something like this.

Genesis 1 says that man is made in the image and likeness of God, and God must be eternal and immortal. Christ Jesus refers to man’s eternal life, and so I prayed to understand better my own life as the image of the eternal God. I felt certain that God didn’t have painful joints; in fact, when that thought came to me, I knew it was laughingly ridiculous. I reminded myself of that line in the Lord’s Prayer, “Thy [God’s] will be done in earth, as it is in heaven,” and I added the spiritual interpretation of that verse as Mary Baker Eddy shared in the Christian Science textbook, Science and Health, with Key to the Scriptures, which reads, “enable us to know, as in heaven so on earth, God is omnipotent, supreme.” I realized that omnipotent God could surely heal me, and even more, I felt that as the image of God, I was already whole and did not include any condition that would indicate a decline in my life.

I continued to work, and cook, as before, and in a very short time I realized that for a while I had been completely free from pain in any joints and that I had been using my cast iron pan regularly, even lifting it from the stove hot and full of dinner. I’m sure you can see how grateful I was, and still am, for this evidence of God’s tender, healing care. But my gratitude is greater still for a glimpse of the fact that our lives are eternal, and that any apparently self-destructive quality, in our characters or in our bodies, will be corrected as we gain clearer understanding of God and our real individuality as God’s children.

My son was nine years old and had two friends spending the night for a sleepover one weekend. At 11pm on a Saturday night, I was upstairs washing my face and heard one of his friends scream, “Come quick, Gary just broke his arm!” I dried off my face and went downstairs to find a young boy sitting on the floor holding his arm between his elbow and his wrist.

I asked him to show me his arm. When he did, the picture of two bones pointing in opposite directions tried to alarm me, but I’ve learned how to pray about all things in Christian Science so I started to pray instead of succumbing to fear.

In Science and Health, Mrs. Eddy states that students of Christian Science may leave the setting of bones to physicians. [See page 401.] My son was very scared and wanted to go to the hospital, so I took him.

We live approximately 20 minutes from the nearest hospital and during the drive I prayed the following prayer, “Father, help me to not be mesmerized by the frightening picture in my back seat. Help each one in this car (I had my son’s two friends with me too who are not students of Christian Science) feel the peaceful sense of Divine Love’s presence. Help me and all to realize the scientific statement of being vividly, here and now, to know clearly that there can never be a separation between God and his idea – that there are no accidents in God’s kingdom.”

When we arrived at the hospital no one seemed interested that we were there or that we waited over an hour before they invited Gary in for an x-ray. Gary’s father, my former husband and not a Christian Scientist, met us at the hospital. He came into the exam room with us.

Gary complained about intense pain in his arm and asked for a pain pill. As the nurse left the room to get it for him, he and I prayed together to see past his physical form to the pure state of consciousness he has as a beloved child of God. We used the Lord’s Prayer with Mrs. Eddy’s interpretation as well as the Scientific Statement of Being to vanquish the notion that physical sense could rule an image of God.

By the time the nurse came back in the room with the pill, Gary was sleeping peacefully, no longer in pain. The nurse was gone less than five minutes.

It’s important to note that as I prayed with my son, his father sat at the end of his bed, watching the transformation that was taking place with his son. With tears in his eyes he watched the immediate result of our prayer. With broken speech he said, “I’m very proud of you.”

The doctors in the hospital could not set Gary’s arm that night and referred us to a specialist the following day. They wrapped it, and sent us home saying that they couldn’t do anything further for him.

The rest of the healing took place over the course of a few weeks, applying prayer to govern the practical steps we needed to take with the physicians helping us. No medications were used during this time and all worked together harmoniously until the cast was removed and Gary returned to his normal play. 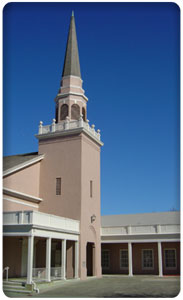